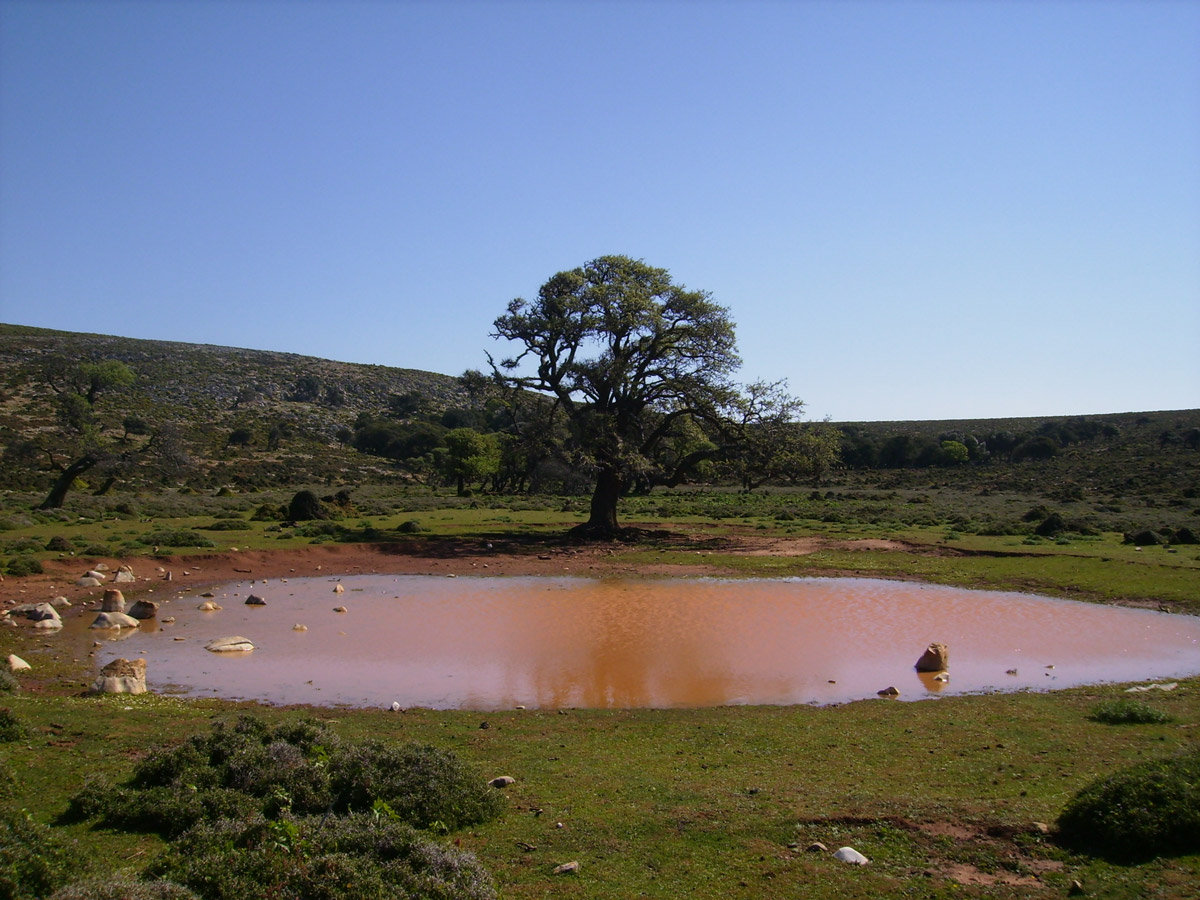 The town of Skyros, Sarakino islet and Kalogrias Bay, Atsitsa and the adjacent Pine forest are designated as Landscapes of Outstanding Natural Beauty according to the Greek legislation.

The contrast between the landscapes of northern and the southern part of Skyros is impressive. In the northern part, called “Meroi" which means calm area, we find a lot of pine trees spread from the mountains to the coastline and the farmland borders. The coast with smooth and relatively accessible beaches is a characteristic landscape of the northern part of the island. On the contrary, the southern part of the island called “Vouni” (Mountain) by the locals is characterized by rocky habitats, small gorges, high cliffs and sea caves. The presence of goats, sheep and livestock infrastructure is a particularly significant factor, for the present condition of the local landscape, especially of the vegetation formations.

It’s rough, rocky surface, covered mainly by low and sparse vegetation does not give away at first glance the great and special natural wealth that this place hosts. For that ecological value Mt. Kochilas has been declared as:

An important habitat of Mt. Kochilas are the clusters of maples (Acer sempervirens), which are found mainly on the numerous ravines of the mountain. Other palnt species found in this vegetation type are Quercus ilex, Quercus coccifera, Olea europaea subsp. Oleaster, Philyrea latifolia.

Other worth notice habitats of Mt. Kochilas are the steep vertical maritime and inner rocks, formations with Centaurea spinosa shrubs and formations with Euphorbia dendroides shrubs.

A significant number of Skyrian and Aegean endemic plant species are found on Mt. Kochilas and a part of them are listed in the national list of Rare and Threatened plants. Most of them are chasmophytes, meaning that they are restricted to rocky habitats. The most important plant species are Aethionema retsina, Scorzonera scyria, Campanula merxmuelleri, Aubierta scyria, Centaurea rechingeri. Aethionema retsina, in particular, is one of the rarest plants of Greek flora. It is considered as Critically Endangered (CR) with extinction and is included in the IUCN list of “Top 50 Plants of the Mediterranean Islands”. 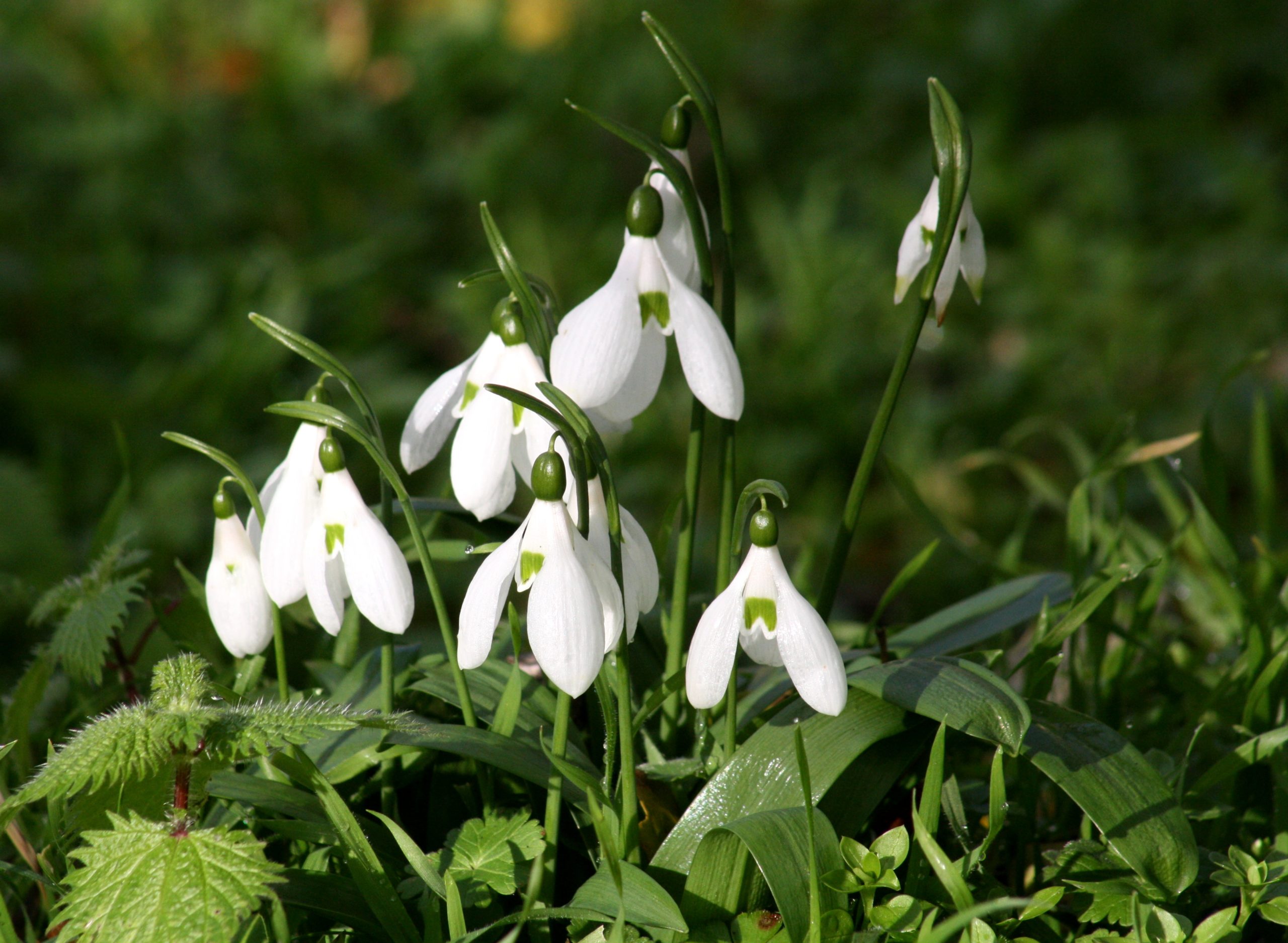 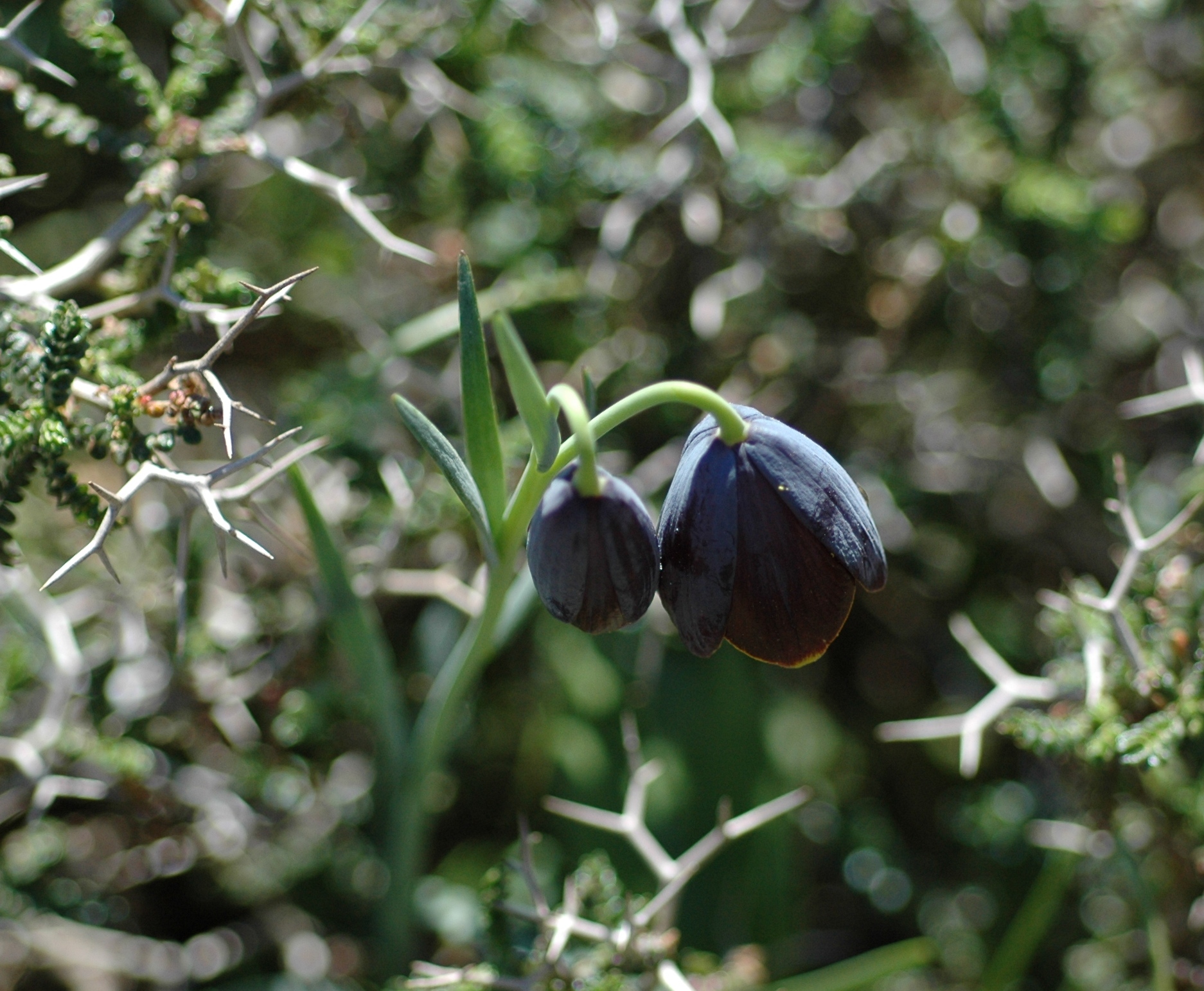 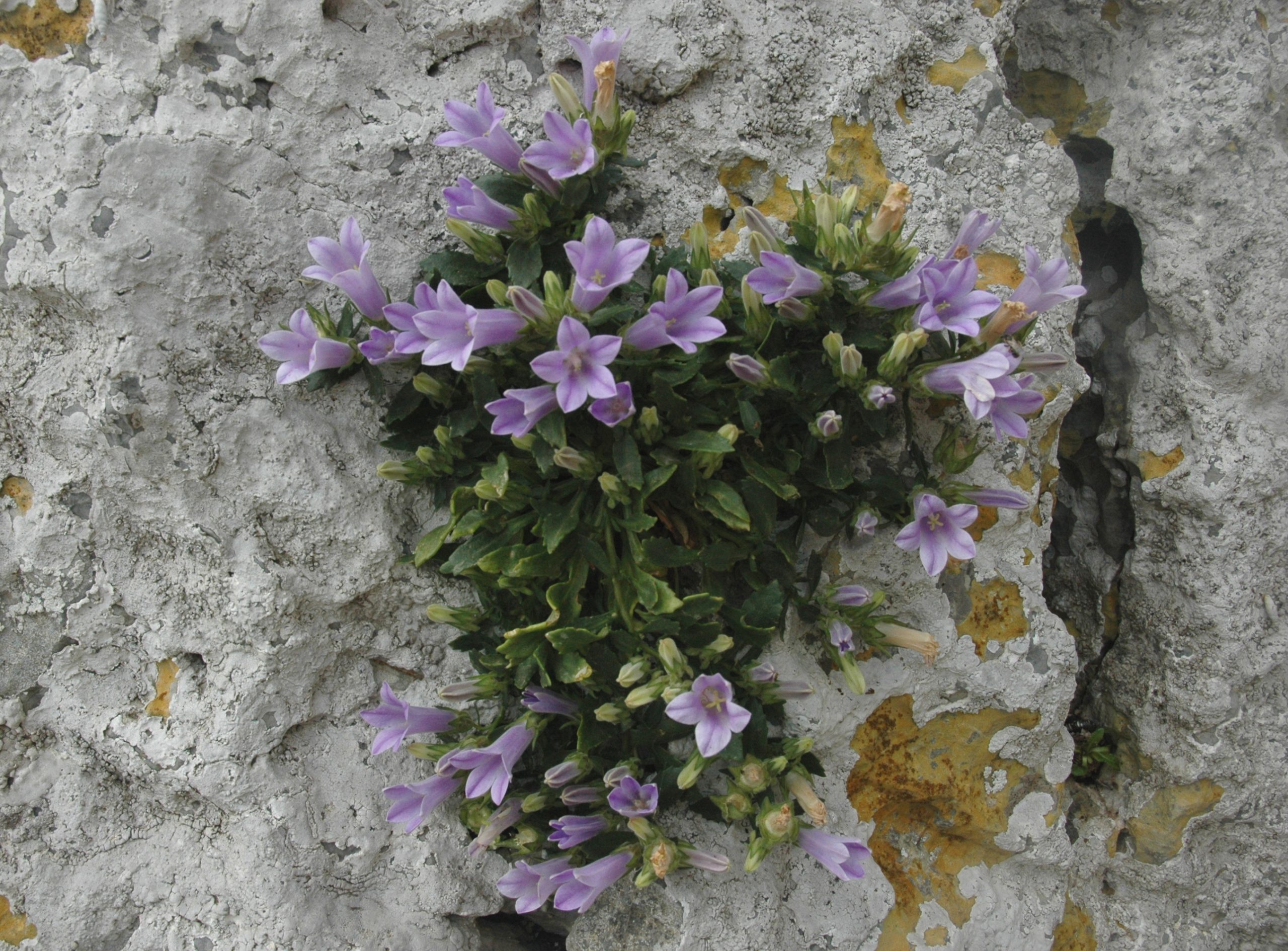 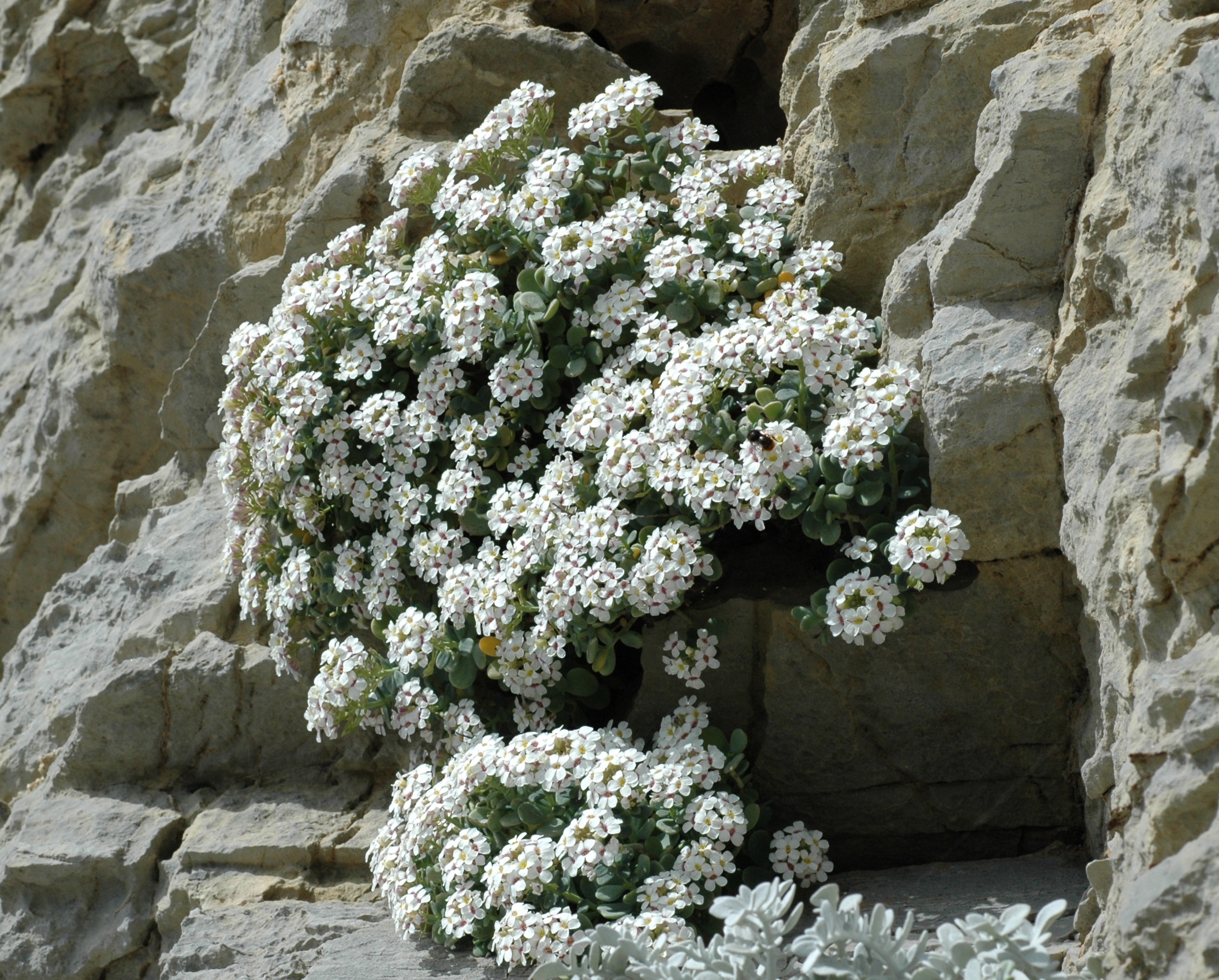